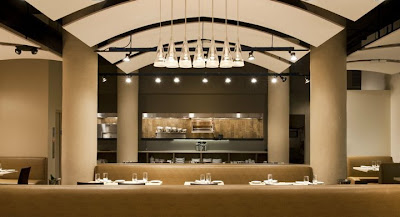 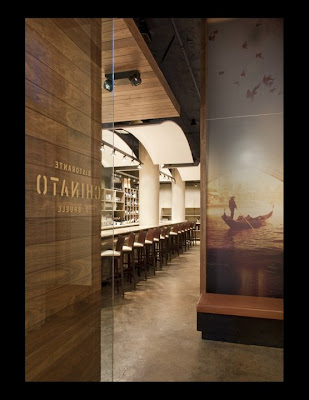 Joel and I have really enjoyed going out a bit more lately.

Leland is a little older.
Jude is such a helper.
Breastfeeding is over.
Freedom is just kind of nice.

One of the stops we've been hoping to make was to Zack Bruell's Italian Chinato located on E. 4th in downtown Cleveland.  After trying his other restaurants over the last few years, we knew we were in for a treat.  Our favorite by far was L'Albatros - an experience that Joel and I will remember forever.

It was fascinating that Zack chose Cleveland of all places to bring his beautiful restaurants.  It's been on our list for a while.

Well, this week was rough.  We both worked too much.  We saw eachother very little.  We slept too few hours.  We didn't workout enough.

Joel surprised me with flowers this week and arranged a sitter so we could finally try it out.

We got dressed up...I did a funky braid in my hair...We braved the 0-degree windchill and walked into Chinato.  It was packed at 8:00PM on Saturday night.  Lots of parties and couples doing just what we were doing.

I walked up to the hostess excited for our experience to begin.

Joel had been parking the car and he joined me moments later.  We warmed our hands and waited as she told us it would be 'just a moment as they cleaned our table..."

Ironically, another couple had walked in just after Joel.  They were also waiting.
The hostess, who must have been new, asked them to remind her of their last name & number of people in their party.  I overheard them say, "Miller Part of 2".  She took their menus and they followed her to a beautiful table overlooking E. 4th street.  Joel and I debated whether or not to step in and see if THAT was OUR table.  We went over to the hostess when she returned.  She said, 'Have you been helped yet?"

I simply said, "Yes, you said it'd be just a moment - we're Miller Party of 2."  Her face turned red.  She didn't need to say it.  I just chuckled and said, "You sat them at our table, didn't you?"  She nodded. Quickly, she said, "But I have a deuce that just opened up downstairs!"

We were thrilled to finally sit down and eat - however, going downstairs was similar to going to a basement at a friends house....complete with plastic tables/chairs and parties of 16 in every direction loudly laughing while the Miller party of 2 was seated in the midst of them all.  There were flat screens on every wall and Joel and I could barely hear ourselves talk over our menu.  Were we at Chinato or Boneyard?

It was disappointing.  The food was delicious as we knew it would be.
The atmosphere, I'm sad to say just didn't work.  I couldn't even hear my husband tell me how his meal tasted....or how it compared to the other Bruell works of art.
It was like putting ketchup on filet mignon.  Just ruins it.

Will we give it another shot?  Of course.

A restaurant experience, as far as I'm concerned, is just as much about way you are cared for as it is the food you are tasting.
1 for 2, Chinato.  1 for 2.
Posted by JMillerFam at 7:54 PM