1. The art or process of setting and arranging types and printing from them.


Type is pretty major in Joel's field.  Design is ever changing & evolving and while I'm not completely the one in our family who is familiar with all things type, I know enough to know that it matters alot.
A few months back, I started to think about a way to give Joel something for Father's Day that wouldn't suck.
I wanted it to be cool without being over the top 'I'm trying to be cool." and I didn't want to just order something that had no relevance to Joel as a dad.
After chatting with one of his colleague at work.  I found someone to execute an idea I thought would mean the most to Joel:

Custom Typography from his own son.
Jude was just finishing up Kindergarten and his ability to read & write was getting pretty good.  Lee, the designer who was up for the challenge, told me to simply have Jude write his letters a zillion times so he had enough to work with.
Once Lee sent me the ideas he had in motion, I just knew we were onto something....something that would mean a ton to my husband.
It meant more than I realized as I've caught him staring at it...telling stories about it...and there is something I totally didn't think about in this process that I love: This print not only commemorates our son's handwriting at age 5 but is forever a source of pride for Joel toward his son.
What do you think? 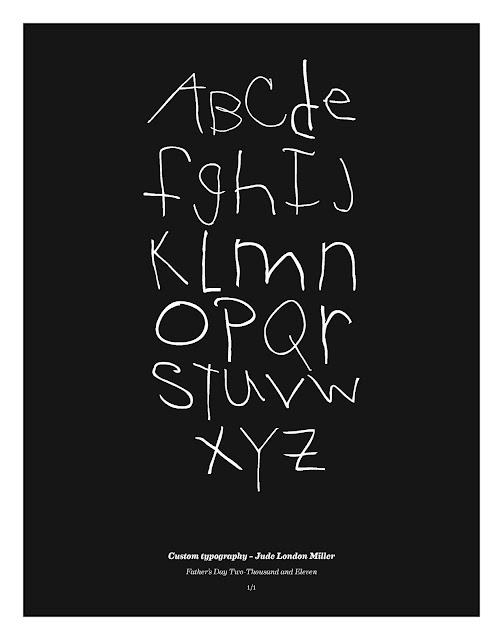 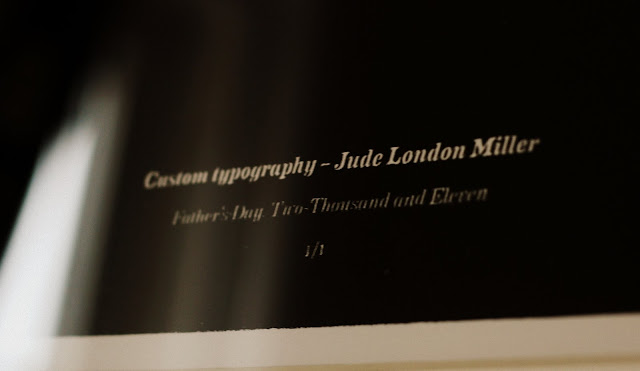 BIG thanks to Lee Zelenak for helping to accomplish something I could have never done on my own!  Thank you, friend.