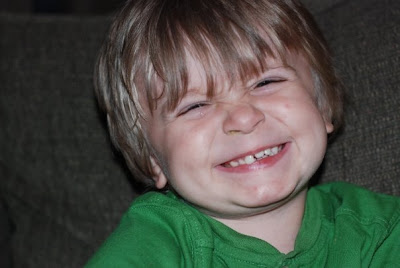 I just kinda don't anymore.  Joel taught me a lot about that.  He has a way about him.  Carefree.  Easily focused on something else if one thing doesn't go well.  I used to be, well, kind of uptight.  Sometimes I still am.

In fact, yesterday...I had a ton on my mind.  I slept badly and woke up with little pep in my step.  I was running on pure caffeine.

Today, though, I stopped everything when one of Jude's favorite songs came on...

I took his hand over the family room - and we busted loose.  I'm talking serious, embarrassing, outrageous dancing.  It was insane...it was off beat...it was the most fun part of my day.  Jude jumped around the house.  Leland jumped in his 'Johnny Jumper' giggling away at our silly behavior.  It was suddenly a moment I had pictured a long time ago...Me+my boys laughter....

It made me realize how much more I long to live a carefree life unchanged or affected by what others might think.  Truth be told, what 'they' think matters not.  Perhaps that freedom will catch on.  Perhaps others will dress/say/dance how they want to instead of how they perceive others want them to. 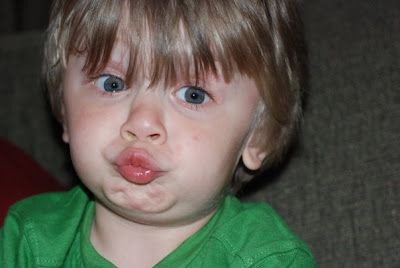 It's my party and I'll dance if I want to.
Posted by JMillerFam at 5:18 AM

Simply love this! :) - However, we sing and dance so badly at home that when we go in public the girls still do it! :) LOL I just love them! I always tell people if the dancing is good that was from daddy and if it wasn't that was from mommy! LOL But we both sing all the time so the girls always get a double dose! just love it! :)

we do this all the time. it's so fun. sometimes hannah thinks i'm crazy. other times she jumps right in. and now that livie is walking she jumps right in too. if you can't be silly at home with your kids...well you're missing a lot!